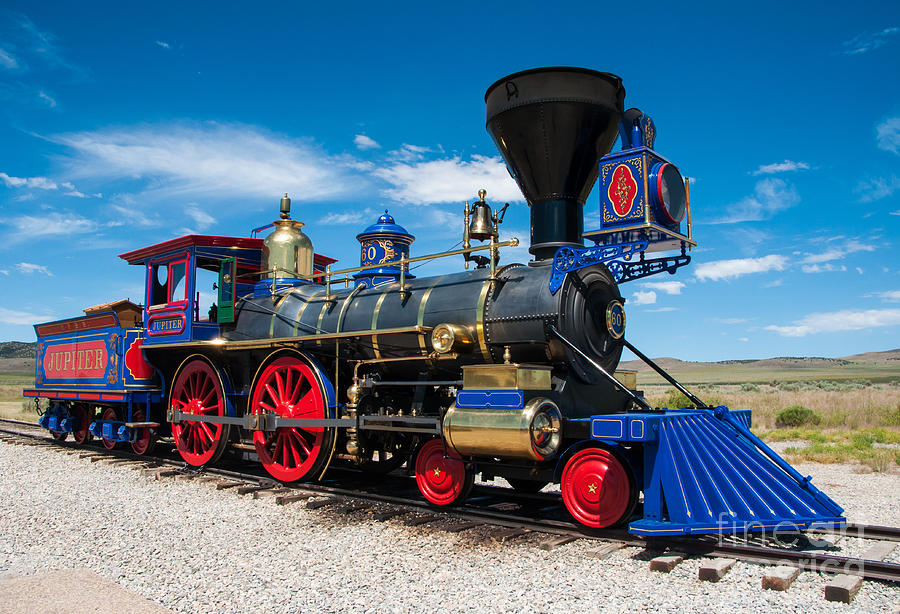 A view of the historic Jupiter steam locomotive at the Golden Spike National Historical Park. The park commemorates the meeting of the Union Pacific and the Central Pacific Railroads at Promontory Summit May 10, 1869. A ceremonial golden spike was used to symbolize the completion of the United States' first continental railroad from San Francisco, California to Omaha, Nebraska. The two trains to meet on that day was the Union Pacific No. 119, and the Central Pacific No. 60, also known as the Jupiter train. The train shown in the photo is a replica of the original train.

What a colourful train.

What a classic. Great shot!

Congratulations on your new sale Gary, nice one!

Congratulations on your sale! F

congratulations on the sale

Gary, Congrats on your sale LF