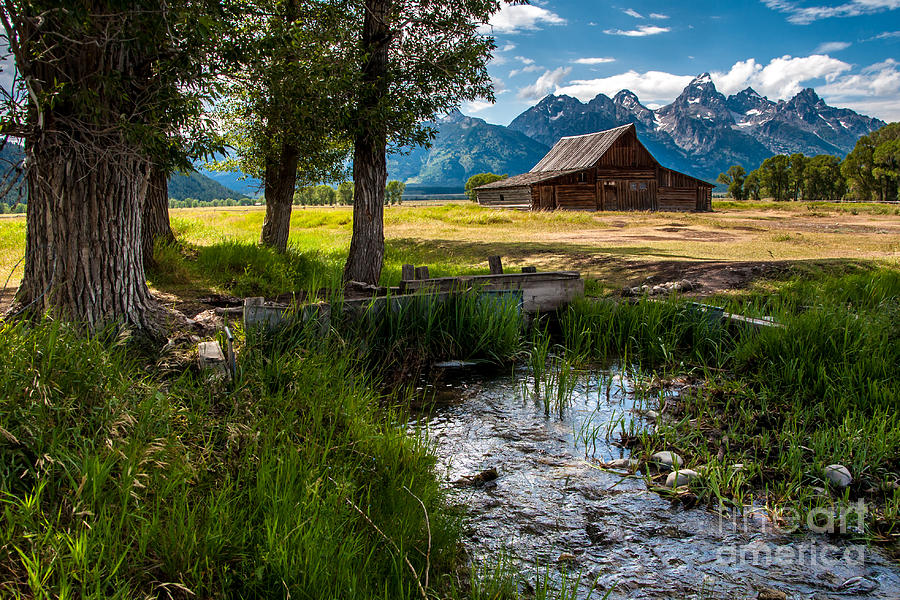 A view of the Thomas Alma Barn, with a view of a creek and trees in the foreground and the iconic Teton Mountains in the background on a beautiful summer day.

The T.A. Moulton Barn sits among a string of former Mormon homesteads known as Mormon Row in Grand Teton National Park. The area, known as Antelope Flats lies between the towns of Kelly and Moose, in the Jackson Valley of Wyoming.

The area is also known for the herds of bison (also called buffalo), that graze in the former farm fields beneath peaks of the Tetons.

Another beautiful of an iconic image, but very different. Love this!

Such a lovely and tranquil scene...

This is outstanding photography, the image is superb!

great capture of an often photographed site. This is excellent, well done.

Congratulations on your sale, Gary!