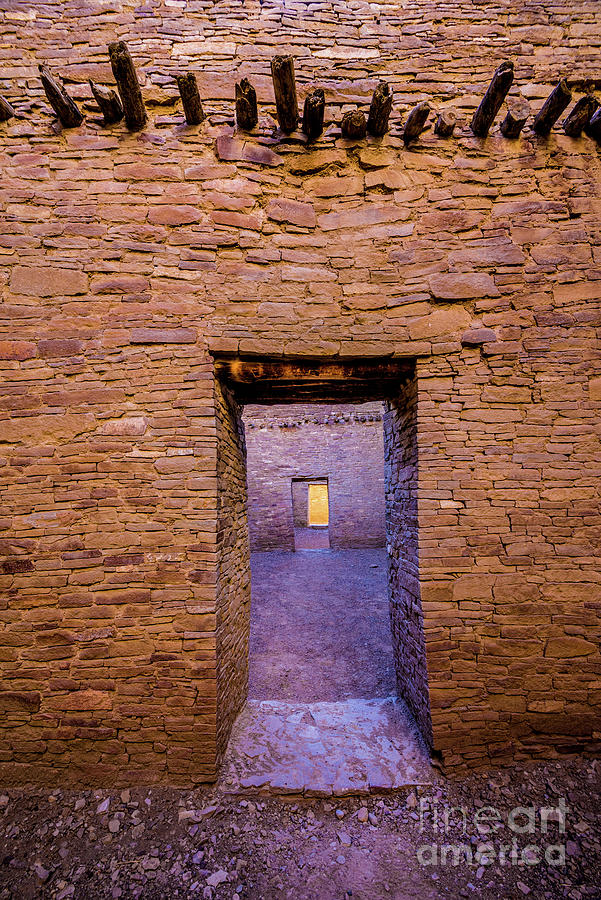 The view through a doorway of one of the multi-storied rooms of Pueblo Bonito, in Chaco Canyon National Park. Pueblo Bonito is one of many building complexes within the park. Chaco Canyon is a showcase of the monumental architectural achievements of the Anasazi Indians. And in fact, until the 19th century, Chaco contained the largest buildings constructed in North America outside of Mexico.

The Anasazi are one of several tribal groups that made up the Ancestral Puebloans, a group that inhabited the American Southwest from approximately 7500 B.C. through 1400 A.D. Their descendants the Hopi and Zuni, among others, now live primarily in Arizona and New Mexico.

Congrats on your sale Gary